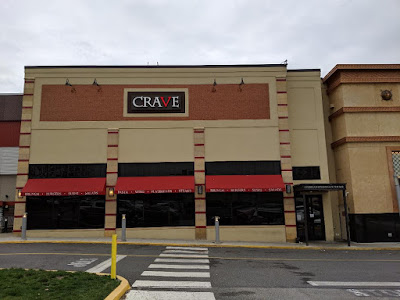 Crave American Kitchen & Sushi Bar has closed at Westfield Montgomery Mall. The closure leaves a large dining space vacant, which could be turned into a winning opportunity by Westfield if they can attract another big name on the level of next-door neighbor The Cheesecake Factory. With the planned addition of Olive Garden at Westfield's Wheaton Plaza clearly having fallen through, I would strongly urge them to pursue an Olive Garden here. 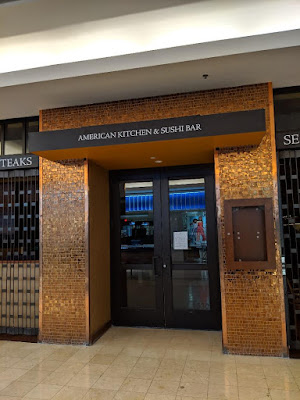 Is the Crave spot a bad location? No, because Cheesecake Factory has been tremendously successful in the adjacent space. While Crave had a wide-ranging menu with mass appeal for the mall-going crowd, other issues appear to have done them in. The restaurant rarely appeared crowded when I passed it.


In other mall news, as I reported Friday, Cinnabon opened this weekend in the Dining Terrace. And the long painful exit of Gymboree has finally come to an end. They have closed, and their space is being cleared out. 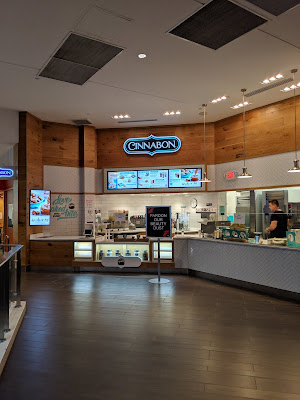 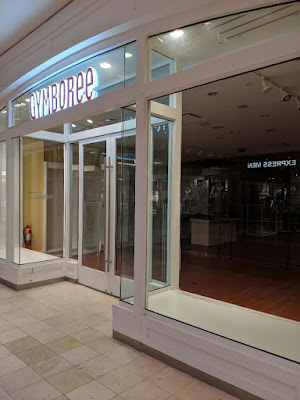 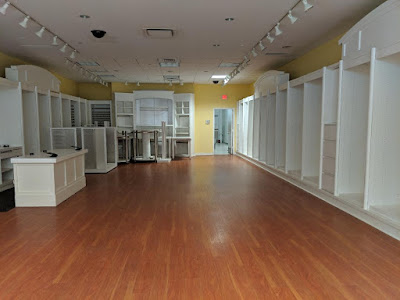