12 Stories opening at The Wharf: D.C. is doing what moribund MoCo won't for nightlife 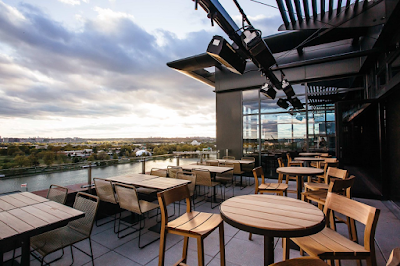 Montgomery County is still reeling from the collapse of its nighttime economy following the County Council's disastrous Nighttime Economy Task Force initiative. Where there were crowds on sidewalks and corners outside of downtown Bethesda's nightclubs and bars prior to the initiative, 16 nightspots have shuttered since the task force debacle. Many other businesses slashed or eliminated their late-night hours. Downtown Bethesda sidewalks now grow empty and quiet after 9 or 10 PM. Thousands of young professionals have taken their wallets and purses to the District for nightlife since, including to The Wharf, where an exciting new rooftop will open tonight. 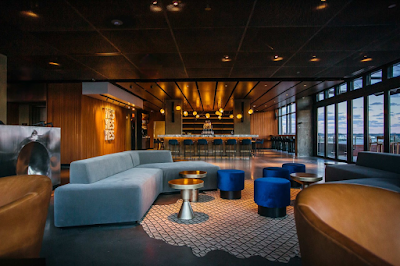 I recommended years ago that Montgomery County put incentives and requirements for nightlife, including rooftop nightclubs at the new hotels being approved for urban areas like downtown Bethesda. Those suggestions fell on deaf ears at the Council and Planning Board, as of course, it is much cheaper to put up a hotel with a non-active roof use. Naturally, our developer-controlled Council and Planning Board never put the public before the developers, which is how we ended up with no replacement cineplex and no replacement Capital Crescent Trail tunnel under Wisconsin Avenue in the Apex Building redevelopment - even though the Council and Board held full authority to require both. Heckuva job, Brownie! 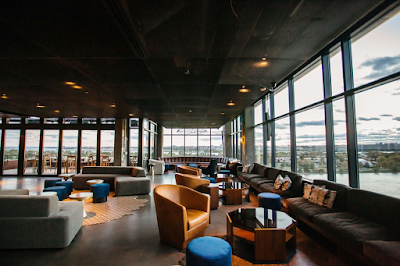 By contrast, the District is getting its latest rooftop nightspot tonight, April 17, 2019 with the debut of 12 Stories, high atop The InterContinental Hotel at The Wharf. The 3500 SF rooftop features spectacular views of the Potomac River, waterfront and Washington, D.C. We could have had something like this on top of the new hotels coming to Wisconsin Avenue here, but...the Council was too busy collecting developer checks, and debating a ban on circus animals instead.
At 12 Stories at The Wharf tonight, 13-foot floor-to-ceiling windows will give you views of the Jefferson, Lincoln and Air Force Memorials, as well as the pinnacle of the Washington Monument and Hains Point. From the future Marriott hotel in downtown Bethesda, nighttime will give you lovely views of car dealerships and a concrete parking garage. So much winning!
Tonight at 12 Stories at The Wharf, you could be sipping a zero-degree “Superchilled Martini 24” and taking in the sweeping vistas of the Nation's Capital. Perhaps you would prefer a “J Street Spritz,” made with Tito’s Vodka, Amaro Nonino, lime juice, raspberries, Domaine Chandon and sparkling soda. It's enough to make Jack Evans bust out the old Constituent Fund.

All that's busting in Montgomery County is the County budget, in the red again this year, with residents facing yet another increase in property taxes. With what the Maryland Restaurant Association complained was a "flat" restaurant and bar market in Montgomery County, record numbers of closures, and profits declining in a business with thin margins already, we're losing nightlife spending and alcohol sales to the District and Virginia, thanks to our archaic County government-controlled liquor monopoly.
Just some of that lost revenue will end up being spent in D.C. at 12 Stories, where brunch will be added in May to a windows-on-the-capital-of-the-free-world menu that tonight already features locally sourced oysters, a buttermilk fried chicken sandwich, and a ceviche-style crudo.

While Montgomery County's "leaders" turn to taxpayers again this year for yet another payday 4.8% property tax increase, the developers of The Wharf in D.C. turned to the Gerber Group, the geniuses behind NYC’s Mr. Purple, The Roof and The Campbell, and Atlanta's Whiskey Blue, "known for its signature elevated nightlife experience and top-notch food and beverage," it says.

Montgomery County's vision for an "elevated nightlife experience?" "More taxi stands [ever heard of Uber and Lyft, guys?], more buses," and continued total monopoly government control of liquor sales to restaurants, bars and the public. No wonder Montgomery County is at rock bottom in the region by every relevant economic development measure.

They blew it, folks.

Photos by Anna Meyer
Posted by Robert Dyer at 1:02 PM