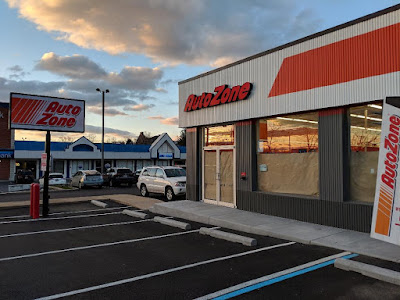 The exterior of the future AutoZone store at 824 Rockville Pike looks ready to go. There's much more to be done inside the store, however. This was formerly the Patio.com store across from Wintergreen Plaza. AutoZone is currently hiring for all positions.

I couldn't be more pleased as the market continues to invest in the successful "old" Rockville Pike economic model, rather than the urbanization developers sought in a nearly-decade-long battle over the Rockville Pike Plan. Thanks to some of the sharp members of the Rockville Planning Commission, developers didn't get everything they wanted, but the option to urbanize at a more modest scale is still available to them. Yet B.F. Saul is the only development firm that is even daring to go urban on the Pike so far. Perhaps reality is setting in, that having 9 competing urban town centers along the Pike just isn't viable or sustainable, as I predicted years ago. 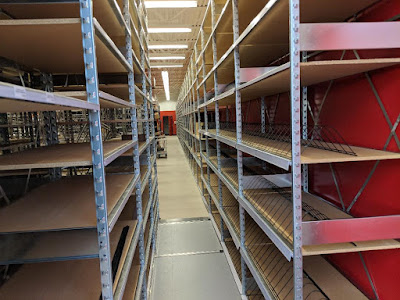 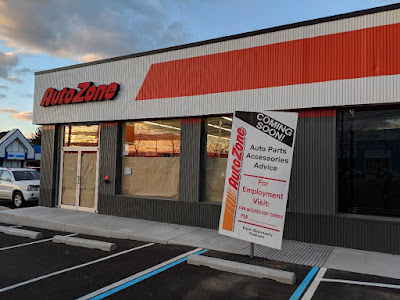 It's intriguing that successful Pike & Rose, unlike Federal Realty's struggling Rockville Town Square, presents an old-Pike face to drivers passing by. What do they see? Old-Pike retailers like big box REI with surface parking, and even an auto dealership. Having arguably the best line-up of restaurants on one property in the county hasn't hurt Pike & Rose, and the Pike has always been a dining destination.

Now, here comes AutoZone. It's not Barcelona, but Barcelona wishes they had "old" Rockville Pike.
Posted by Robert Dyer at 8:55 AM