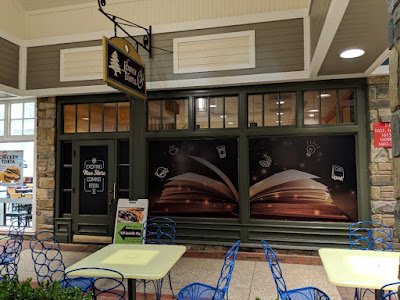 Barnes & Noble will be moving its Rockville store from Montrose Crossing to Congressional Plaza next year. Federal Realty, which owns both shopping centers, has confirmed the move. This explains the recent relocations of several tenants at the shopping center from the wing on the north side of the property, which is where Barnes & Noble will be located.
What hasn't been announced yet is that the new Congressional Plaza location will be one of Barnes & Noble's new format stores, similar to the one it is opening at the Mosaic District in Northern Virginia. These stores are smaller in size, while still offering a cafe for customers unlike competitor Amazon Books at Federal Realty's Bethesda Row property.
Posted by Robert Dyer at 10:48 AM