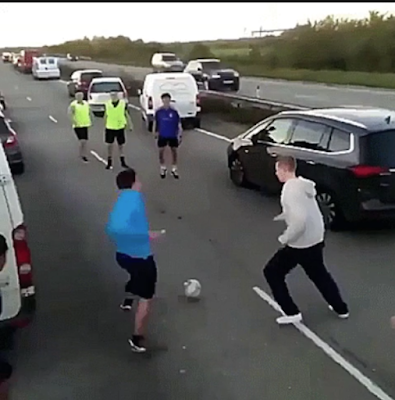 Climate activists are threatening to block major roadways commuters use to reach downtown Washington, D.C. Monday morning, September 23, 2019, as part of an ongoing series of protests to coincide with the United Nations Climate Action Summit. Participating organizations are not revealing which roads or intersections they plan to blockade during an action they are calling #ShutDownDC.

Montgomery County, the County Council, and the County Department of Transportation are apparently asleep at the switch, and have not released any statements on the expected protests or possible delays. D.C. Mayor Muriel Bowser has released a statement warning commuters to plan several alternative routes to your destination, or to take public transportation. "The groups have planned first-amendment protected events on Monday to potentially include the intentional disruption of traffic on high-volume roadways around the District," the statement says.

With no way to know what these folks have planned, it would be wise to plan ahead and check traffic reports before leaving for work Monday morning - and give yourself extra time to get there, if your route is affected.
Posted by Robert Dyer at 12:04 PM