Rockville strip mall to be redeveloped as Rock Grove (Photos)

The Shady Grove Professional Building's retail strip mall at the corner of MD 355 and Shady Grove Road is going to be redeveloped as Rock Grove, a more-modern strip retail center. A rendering shown by JBG Smith promises a more modern and attractive appearance, while keeping the same retail use. 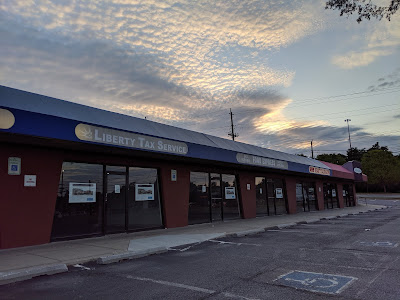 Dunkin' Donuts (which is not in the strip mall structure, but rather in the building itself) and Minerva Indian Cuisine are still operating, but other storefronts have been cleared out. It's uncertain which vacated tenants might return in the new center, as JBG Smith is advertising spaces as available in the future Rock Grove Center. It would be nice if they added a fast food restaurant with drive-thru to the parking lot, such as Steak and Shake, Jack-in-the-Box, or Hardee's - any chain currently not found in Montgomery County. 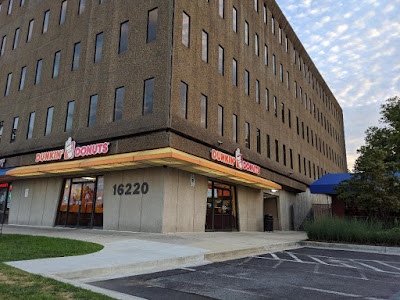 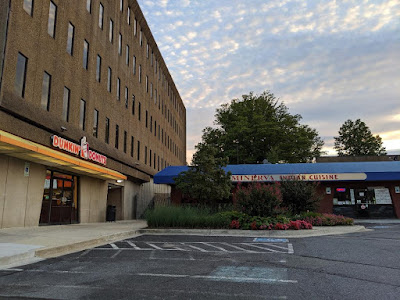 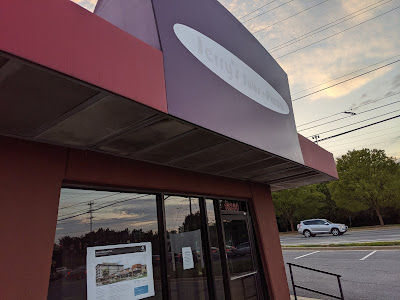 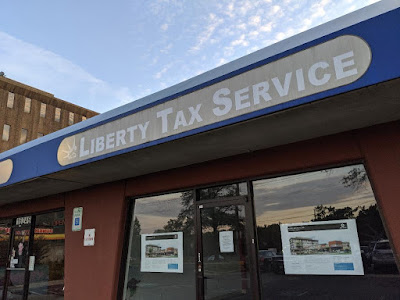 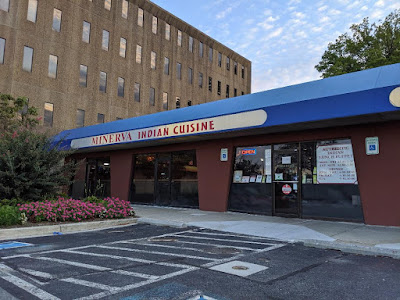 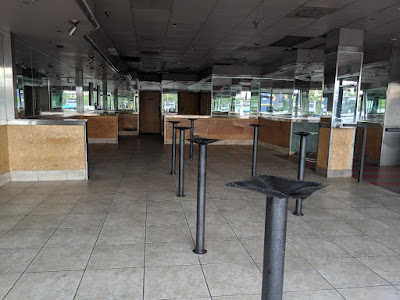