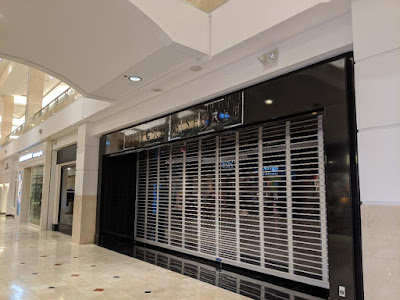 Montgomery County didn't get the Amazon headquarters, but the retail giant will now open an Amazon 4-star store at Westfield Montgomery Mall in 2020. Their 4-star store concept is what it sounds like - a selection of popular products rated 4-stars or higher on Amazon.com, top sellers, or new and buzzworthy.

The 4-star store will offer Prime prices to Prime members, but you won't have to be a Prime member to shop there. It will also, not surprisingly, showcase Amazon hardware like Kindle, Fire tablets and Alexa-based home gadgets.

Besides books and electronics, departments will include kitchen, housewares, toys and games. No grocery items are currently carried in Amazon 4-star stores, however. Amazon 4-star stores don't use the much-hyped Amazon "Just Walk Out" payment system, either.

Amazon 4-star will be on Level 1 in the Nordstrom wing, in the space recently vacated by Furniture Place. It looked like Victoria's Secret was moving there, but it turns out that was an old VS sign uncovered when the furniture store sign was removed. Amazon 4-star will be in-between Intimissimi and Zara, below Stuart Weitzman, in one of the largest spaces in that wing of the mall.

The Amazon lease is another coup for the mall, which has been buffeted by a rash of closures in recent months. Westfield has bounced back quickly with coveted tenants like Amazon 4-star and Frank Pepe's Pizzeria. The latter shocked many when it chose the mall for its first pizza parlor outside of the northeast U.S., another sign of Westfield's long-term plans to upscale the property that began with the addition of ArcLight Cinemas, and will continue with an urban-style mixed-use addition off of the Sears wing later this decade.
Posted by Robert Dyer at 8:00 AM