Starbucks goes to delivery/drive-thru only; region on verge of coronavirus shelter-in-place lockdown 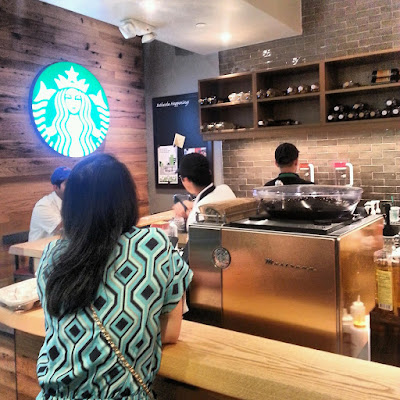 Starbucks announced Friday that it was moving sales at virtually all of its American stores to delivery orders and drive-thru service only. Deliveries are available through UberEats, the company said. Starbucks said locations in and near hospitals may be kept open to serve frontline health workers and first responders during the coronavirus crisis. 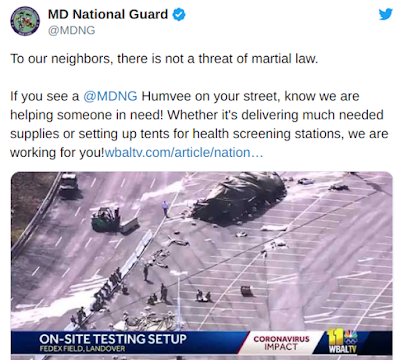 Leaks and statements from the District and Maryland suggest the region is nearing some form of a shelter-in-place order. Maryland Gov. Larry Hogan said his state is just one step away from declaring such an order. At least two journalists tweeted out yesterday that D.C. Mayor Muriel Bowser would order District residents to remain in their homes yesterday. Bowser's office quickly clarified such reports were false, but leaks from the DC government claim that the plans have been drawn up for implementation on short notice as needed.

National Guard units have been photographed on the move in many states across the country over the last week. A significant number of military vehicles were seen in the D.C. area Friday. As rumors began to spread online, the Maryland National Guard released a statement assuring citizens "there is not a threat of martial law." The Guard stated that the vehicles were headed to FedEx field, where troops are setting up a coronavirus testing site.

Military jets and helicopters were heard flying over Montgomery County early this morning, however. 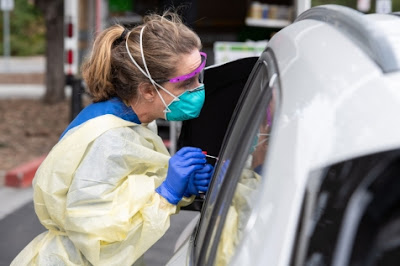 Montgomery County Executive Marc Elrich said at a press conference yesterday that the County hopes to establish a coronavirus testing site soon. MedStar would be the healthcare partner to staff and operate the site, he said. Elrich proposed using the site of the former White Flint Mall, of which only one store remains standing, for the testing location.

Restaurants at Pike & Rose are, like dining establishments countywide, rushing to adapt to the new abnormal of take-out/delivery only. Remember that they can also sell you beer and wine to-go under temporary alcohol sales rules.

City Perch in the iPic Theaters remains open for curbside pickup and delivery, even though the theater itself was forced to close under the sweeping statewide closures ordered by Hogan this week.

Here is a list of what other Pike & Rose restaurants are offering at this time: