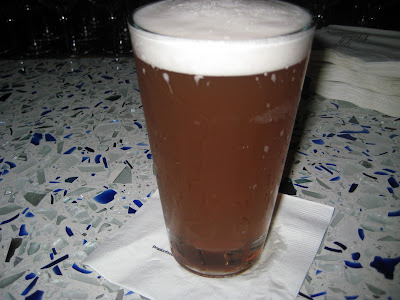 Riemer still mum on
whether he knew of
illegal activity in
County liquor dept.
prior to Election Day

There he goes again. Montgomery County Councilmember Hans Riemer, out of the news all summer and desperate for some press coverage, is grandstanding about his self-promoting campaign to change the County's role in controlling liquor sales and distribution.

Remember, according to News4 (and we'll be getting back to the topic of News4 in a few moments):


"Council member Hans Riemer created the committee because he says the government should get out of the beer and wine business. 'We’re the only county in Maryland, and I believe we're the only local government in America, that has a monopoly on wholesale.'"

Well, much like Riemer's failed Nighttime Economy Initiative, the liquor committee has utterly failed to execute that stated mission.

All they've been able to do is pass a resolution that will set up legislation in Annapolis to allow the county to privatize special orders. Even with this so-called "significant change," the County Department of Liquor Control would retain the power to designate a "special order" item as a general stock item, putting that product back under total government distribution control again. To quote directly from the resolution, "The classification of special order items will be the final responsibility of the County Department of Liquor Control."

Are Maker's Mark and Grey Goose "special order" items? They're the Budweiser and Miller Lite of spirits. They were also unavailable for weeks at a time from the DLC, according to Hans Olson of Clyde's Tower Oaks Lodge. Depending on how those common spirits are categorized under the new system, nothing could change at all for products bartenders depend on.

Will you now, as a grown adult, be able to buy Bud Light at CVS or Giant in Bethesda? Will you be able to grab a $9 bottle of white wine to go with that prepared salad you've picked up at Safeway?

Nope (and before a troll commenter says, "But that's because of state law!", so is Riemer's special order change, that requires exactly the same sort of change at the state level to be enacted. So why wouldn't the Ad Hoc Committee have passed a resolution regarding grocery and drug store sales as well?).

Will special order products be cheaper for restaurants and stores to order if the legislation is passed in Annapolis?

Nope. The County will have to charge a fee (a.k.a. tax) on private special-order liquor wholesalers to make up for the lost revenue. The special order resolution clearly states that the fee shall "Be set and charged by Montgomery County."

If, unlike many of our elected officials, you understand how taxes on businesses work, they are passed on directly to the consumer. So prices can only remain the same, or rise. The private liquor distributors will still profit, but you as the consumer or private retailer could end up losing money in this deal. 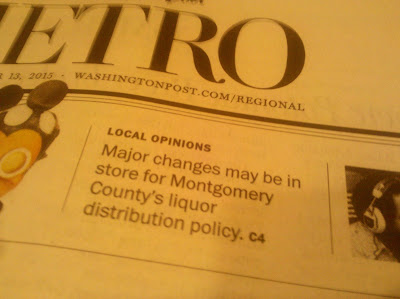 With all of this in mind, you might be a bit shocked to find The Washington Post touting "Major changes may be in store for Montgomery County's liquor distribution policy."

Turning to page C4 of Sunday's Metro section, you find a self-promoting op-ed by Councilmember Riemer offering no such "major changes" whatsoever. But he does spend many paragraphs promoting himself, and an apparent alternate history in an alternate dimension, where he has apparently been an effective councilmember. Why would the Post aid him with such a friendly headline? Only they know the answer to that question. But we do know that the Post's editorial page staff withdrew their endorsement of Riemer in the 2014 election, declaring his thin record of "accomplishment" insufficient to warrant reelection by the voters.

You wouldn't know that from Riemer's piece, though. When it's not touting himself, it's making false claims that would earn him a Four Pinocchio/Pants on Fire rating from fact checkers.

The article starts by declaring that "Significant changes are in store," which - if you've just read the previous paragraphs, should warrant a chuckle at best.

Then he argues "we cannot afford to continue undermining the basic business operations and investment climate for our restaurants," despite having repeatedly done just that through multiple votes he has cast on the Council since 2011.

How about this sentence: "Many residents express an intense frustration with retail access to beer and wine. Statewide restrictions prevent grocery stores and other retailers from selling alcohol." Now that's worth much more than a chuckle. When you're finished rolling around on the floor laughing, you'll remember that, as I wrote above, the committee could be asking legislators in Annapolis to change those very "statewide restrictions" right now, if it hadn't been a failure.

Will stores like Bradley Food and Beverage and Talbert's continue to compete with the County DLC's monopoly, which enjoys multiple cost advantages over mom-and-pop shops while - unlike those shops - paying no taxes? You betcha.

But let's not burst Mr. Riemer's bubble of alternate universe whimsy: "My goal was to create a stronger local economy while making the county a more vibrant place to live. These reforms will help achieve that vision."

Is this the same "local economy" that hasn't attracted a single major corporate headquarters in over a decade? The same local economy that has been whipped in job creation every single year by Northern Virginia counties and the District?

Perhaps the biggest laugher in the piece is when Riemer states that "Montgomery County is now 'the best place in the region' to open a brewery, according to leading craft entrepreneurs." Is that why D.C. and Virginia have been killing us in the number of breweries opening for so many years?

All we are doing is slowly catching up to what competing jurisdictions are already doing. We are absolutely not the best by any means. Riemer's boast is like bragging that your small town is going to allow to businesses to open on Sundays. Golly gee willikers! Wow! Amazing! That's cutting edge! "It's amazing, because a couple of political supporters of mine who are beer aficionados said it's amazing." Sounds like a solid, objective source to me.

Yes, folks, when Councilmember Hans Riemer starts acting on an issue, you'd better pray it's not the industry you're working in. There's usually nothing left but debris by the time he's finished.

Remember when Riemer got his political operative and campaign contributor a $150,000-a-year job in County Government - that you pay for? And then put him in charge of food truck policy?

And then 96% of food trucks went out of business, or ceased coming into Montgomery County? That's making MoCo "a more vibrant place to live," right? Especially since new urbanists are over the moon about how food trucks make cities a more vibrant place, and attract young professionals. Which MoCo currently isn't doing so well at, according to statistics.

Meanwhile, at lunchtime you'll find those same food trucks parked a few yards over the county line by Mazza Gallerie in the District. Whoops.

Or, how about his failed "Nighttime Economy" initiative? And how there are now actually less nightclubs in downtown Bethesda since Riemer took office and did all this "wonderful" work? And Barnes and Noble closes earlier at Bethesda Row?

It's funny to hear Riemer now talk about allowing food trucks to operate at night. They already were operating at night, until he and his operative led an effort that got rid of food trucks. In 2011, trucks like Tastefully Toasted could be found serving the crowds leaving bars (many of which are now closed) in Bethesda's Woodmont Triangle.

While friendly local media outlets continue to praise Riemer through propaganda articles, this media outlet is going to continue to ask the tough questions every time the councilmember tries to use the liquor fiasco to promote himself.

His piece did not provide any answers on what he knew about illegal activity in the County DLC, and when he knew it.

Less than 48 hours after the polls closed on Election Day 2014, the News4 I-Team aired a report alleging illegal activity was taking place inside the County DLC. The investigation was conducted over several weeks prior to Election Day, in News4's own words. 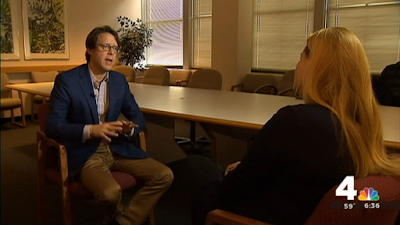 Councilmember Riemer appeared in the November 6 report, in a formal, sit-down interview, to feign outrage at this supposedly-"new" information. This wasn't a hasty press ambush, but an interview that had obviously been arranged in advance.

Here's the question the Washington Post and other local media outlets haven't asked Riemer yet:

When did he know about this illegal activity in the DLC, and did he keep it quiet until after Election Day to ensure he would be reelected? Riemer, and the other 8 councilmembers, have oversight authority over the DLC. All 9 could have been hurt politically by the scandal.

The time for propaganda and grandstanding to be replaced with real answers has long passed.
Posted by Robert Dyer at 8:00 AM