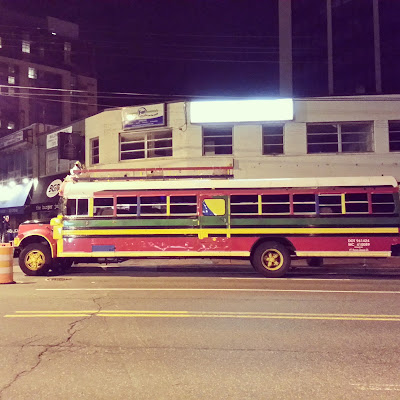 The Montgomery County Transit Task Force is at it again, attempting to shut an angry public out of a so-called "public hearing" September 30 at 6:00 PM. To be held once again in the 3rd floor hearing room at the County Council Building at 100 Maryland Avenue in Rockville, the hearing is ostensibly for the public to comment on a Public Draft of the "Report of the Task Force".

This document was supposed to be posted on the Transit Task Force website "on or about" September 16, 2015. Then the public was supposed to have a chance to sign up to comment on it. A set of arbitrary rules were imposed prior to the sign-up "window" opening.

To quote the Task Force hearing announcement (which I have not seen in either of the two newspapers widely-circulated in the County so far):


Members of the public wishing to speak at the forum must sign up between Wednesday, September 16 at 9 a.m. and Wednesday, September 30 at 10 a.m. To register to speak, call 240-777-7165, Monday through Friday, between 9 a.m. and 4 p.m.; TTY users call Maryland Relay. People signing up must provide their name, address and contact information. Those registered to speak may not substitute or cede time to others.

A maximum of 50 people will be able to present their views during the public forum. Speakers will have three minutes to make their comments and are encouraged to submit written remarks – which may include additional information and materials. If 50 people sign up before September 30, no additional names will be accepted and there will not be a waiting list.

These ground rules were unacceptable and unorthodox in themselves, as is the 6 PM start time, when most citizens are stuck in traffic trying to commute home.

Then things went from bad to ridiculous on Wednesday.

When I called only a few hours after the phone lines opened, I was told all 50 speaking slots had already been filled. And that my name was being put on a contingency list.

A county public hearing filled and closed to the public after just a few hours on the first day of signups? Outrageous.

First, I'd like to see the list of these 50 people, and find out how many of them are from the MoCo political machine, developers and organizations overtly or covertly funded by development interests.

But secondly, this arbitrary decision should not be permitted to stand.

The taxpayers should demand to be heard at this "public" hearing.

If any member of the Transit Task Force is incapable or unwilling to sit and listen to public testimony for as long as it takes, he or she should resign immediately. They are clearly not up to the task the County Executive has charged them with, if that's the case.

Even if some on the task force are too lazy to sit in a chair for a few hours to listen to the public, they should at least be scheduling a second hearing, so that those of us citizens who have more energy than they do can testify.

Now, about that report.

The TTF writes that it considered alternative ideas to replace the proposed ITA, and like Bill Clinton's famous "I've worked harder on this than anything I've ever done in my life," reached the shocking, surprising conclusion that what it (and the developers behind the curtain) want - the ITA - remains the only solution.

Page 12 contains a laughable argument for Bus Rapid Transit (one of the major reasons the County needs the ITA, as BRT won't qualify for federal funds, and the $5 billion BRT system couldn't be funded without exceeding the Ficker amendment cap on property taxes), claiming it is needed to keep all of the jobs that supposedly will be coming to MoCo from going to other jurisdictions.

This argument is preposterous on two fronts. First, the County has failed to attract a single major corporate headquarters in over decade. So, under the current moribund business climate, there aren't any jobs coming. But BRT will allow urban redevelopment of suburban areas like Rock Spring, Wildwood, Georgetown Square, Aspen Hill, etc. Those mixed-use developments will only create jobs for baristas and jeans-folding boutique salespeople. Only a moron would spend $5 billion to attract low-wage retail/restaurant jobs.

Finally, the TTF has proposed changes to the ITA bill that will again go to the state legislature in Annapolis in the coming months.

It has recommended staggered, 4 year terms for a 7-member governing board for the ITA. Interestingly, it suggests the possibility of term limits, which the County's political machine has fought against for decades for other offices. Is this an acknowledgement that term limits work? Interesting.

The ITA would be required to submit its Capital Improvements Program (CIP) budget to the Council for review and approval, as well as the operating budget for the ITA itself, and the transit projects it oversees and operates.

Amending the ITA budgets would follow the same process as amending those of County agencies, the report states.

Eminent domain seizures would have to be reviewed and approved by the Council, as well.

The report also suggests "that any tax rate set by the authority shall be subject to disapproval by the Council."

It should be noted, however, that this current language does not impose the same political disincentive to the Council as the Ficker Amendment cap does for property taxes. Therefore, it would be far less likely that a majority of members would vote to disapprove of the ITA tax rate. The Ficker cap requires all 9 members of the Council to vote for a tax increase over the charter limit.

There is also a provision for an "excise tax" "not to exceed 30 cents per gross rentable square foot of leased commercial space, subject to disapproval by the Council."

Speaking of the Ficker charter limit cap on property taxes, the TTF says that provision is now outdated, since the state legislature passed the Maintenance of Effort law which requires education funding to be maintained at an equal or higher level each year. It therefore says it favors allowing taxes to exceed the charter limit, but with some restrictions on the amount. It also suggests other sources of revenue that could be substituted for property taxes.

Those proposed revenue sources include the aforementioned excise tax, a local-option sales tax, an employment withholding tax, and a congestion tax. Heard enough yet?

The report veers back into laughable territory in discussing the serious issue of the higher interest rates the ITA would have to pay for revenue bonds, compared to the lower rate the County could get. Dismissing these concerns, the report says, "if there is such a premium it is likely to be insignificant."

And all of the taxes suggested are regressive, flat taxes, that would hit lower-income residents the hardest.

They want you to pay; they just don't want to hear your response.
Posted by Robert Dyer at 10:00 AM