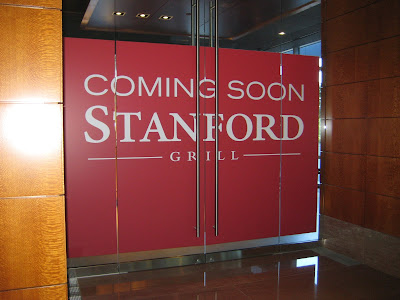 An upscale new entry in the Rockville dining scene wants "to give our guests the best." That means your sushi roll on any given day at Stanford Grill may hold bluefin tuna caught off the coast of Japan. Or you might order a Westeross from Scottish waters, which Executive Chef Sean Kinoshita calls "the Kobe beef of salmon." Your sizzling steak will be USDA Prime or 1855 certified Angus beef.

All of these menu selections are part of Stanford Grill's effort to provide an upscale dining experience, which will also include a live piano bar, glassed-in in-house bakery and outdoor patio with fire pit. You'll even have your own parking garage entrance at Stanford Grill's home, the Tower Co. office building at 2000 Tower Oaks Boulevard. 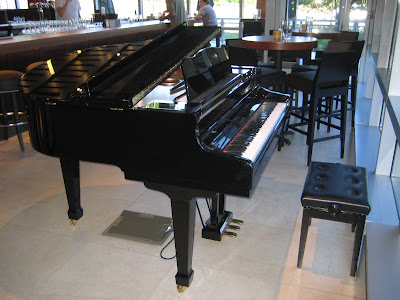 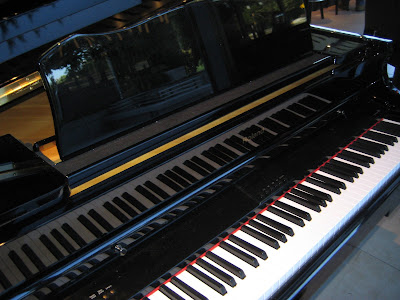 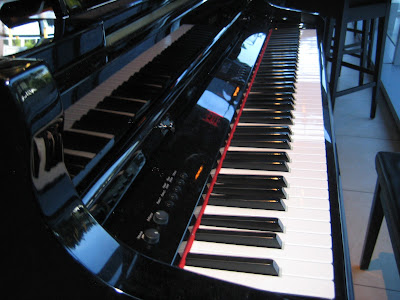 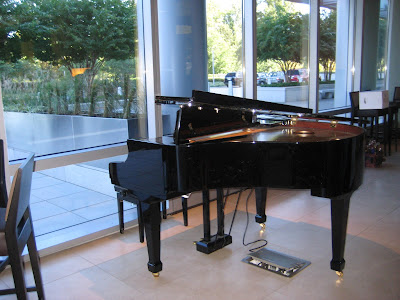 This second Stanford Grill outpost will fuse the familiar-but-premium American comfort food of the existing Columbia, MD location with the world-class sushi of Kinoshita, who comes to Maryland from the acclaimed Tao Asian Bistro in Las Vegas.
Coming from the over-the-top Vegas tourist scene to the peaceful suburbs of Montgomery County hasn't been as hard of a transition for Kinoshita as you might expect. In Sin City, "we kind of focused on us. We didn't really worry about what other people are doing," Kinoshita recalled in an interview Tuesday at the restaurant. Vegas was about volume, he said, and this large space at Tower Oaks is designed to hold 300 in its main dining room, with another 100 on the patio. There's also a private dining space that can hold 24.

The chef said his ability to adapt to high-volume service, and work under pressure, allowed him to take on what other chefs might find too ambitious of a venture here. But sitting in the dining room as workers put the finishing touches on the decor and assembled furniture, Kinoshita marveled that "this is probably the most beautiful restaurant in Montgomery County." 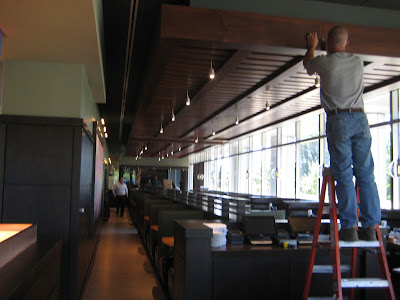 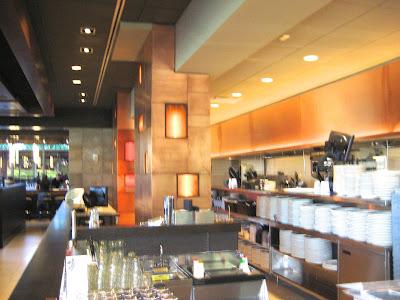 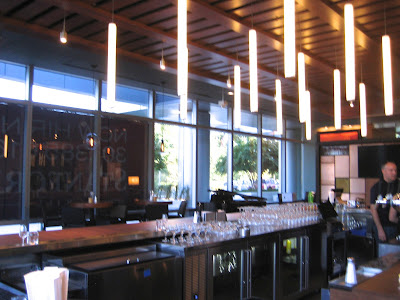 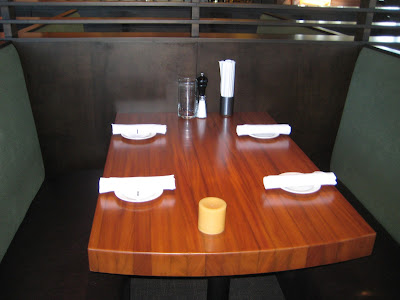 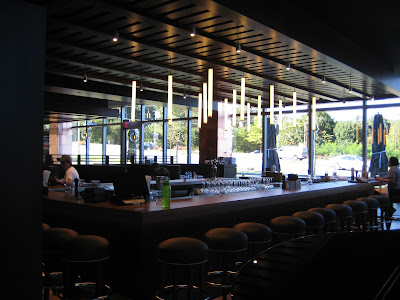 Of course, the design can only go so far. What will be on the plate will matter most. "I think we'll surprise people with the sushi," Kinoshita predicted. Being born and raised in Hawaii, where Japanese residents and tourists demand the highest quality in sushi, has been the perfect preparation for his ventures on the mainland U.S., where Kinoshita has managed sushi bars for 15 years. The rolls getting the biggest raves among early taste testers so far? Yellowtail with cilantro and jalapeños, and the Coconut Shrimp Roll.

For those who prefer turf to surf, Stanford Grill is offering meats from a wood-burning grill. The booth-heavy seating configuration - and live musicians who have performed with greats like Eric Clapton and Tony Bennett - will combine with the carefully-sourced beef to create a bit of a steakhouse aura familiar to power lunchers and diners in the District. "The menu is American comfort food," Kinoshita noted. "The food is recognizable."

Not every steakhouse has its own bakery, though. Stanford Grill does. Unlike even some of the best dining destinations in the area, diners here will know that their bread and baked goods were made that morning, in the restaurant. While there may be a bread basket in the future, right now the bakery's output will be found in the bread on your sandwich, the bun on your burger, or on the dessert menu.
Key lime pie, flourless chocolate cake, and seasonal cheesecakes are some of the classic items found on the dessert menu. But don't forget the "monster-size" bread pudding Kinoshita said "people drive miles for."

What about the libations? Assistant General Manager Phil Guernsey said they'll do their best to provide a diverse selection, despite the notoriously-difficult Montgomery County liquor regime. The sleek bar will host 5 taps, which will include a rotating selection of D.C. Brau and Laurel's Evolution brews. There will be standbys like Stella Artois, Yuengling and Blue Moon. But also local seasonal bottles like Evolution's Jacques Au Lantern.

The initial wine list will be California-heavy, Guernsey said, but also have some selections from France and Italy, including one rosé and one sparkling wine. A handcrafted list of 14 cocktails will lean toward classic concoctions, while emphasizing freshly-squeezed juices and naturally-infused vodkas in drinks like a fresh honeydew martini.

While the patio is surrounded by suburban green space and a fountain, the site is easily accessible from I-270 by taking the Tower Oaks branch of the Montrose Road exit.

Those who take the off-ramp will find "great service, quality food and a great setting," Kinoshita promised. "We don't promise anything other than a great experience, and consistently great food. And everything is reasonably priced."