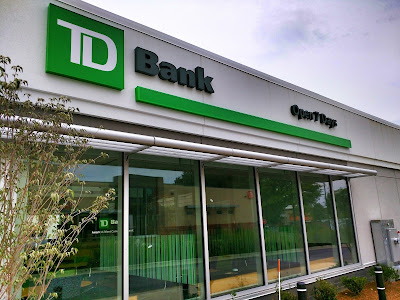 Rockville history buffs may want to attend the Grand Opening of a TD Bank on Rockville Pike this weekend. This new branch is in the Pike District, south of the city boundary. It opens this Saturday in the Montrose Crossing shopping center at 12003 Rockville Pike. Between 10:00 AM and 2:00 PM Saturday, they'll be providing food, giveaways, "fun and games", and - of course - banking offers.

Green features at the bank include solar panels, modern-design bike parking, LEED certification, and native plants growing in the landscaped area outside.

The bank also has an interesting easter egg inside that hints at the future of this site, which is currently labeled many things - Rockville by the USPS, North Bethesda by many, White Flint by many others, but newly branded as the Pike District. All of that nomenclature may be irrelevant in the not-so-distant future.

That's because there is real potential that the City of Rockville may eventually extend southward to Montrose Parkway, as more unincorporated territory is annexed by the city. The possibility is such that it frequently comes up in discussions of the city's Planning Commission regarding long-range annexation plans.

Tour the bank, and you'll find a premonition of that future on display. A display recalls a historic drugstore in Rockville's now-demolished and redeveloped downtown. That drugstore was built in the 1880s, and is known to many as Vinson's Drugstore, after it was bought in 1911 by Robert William "Doc" Vinson. But a previous owner of the store was D.F. Owens.

A document on the Rockville website says the drugstore was also a popular gathering place for city politicians, and that President Woodrow Wilson once personally traveled there to buy Wolfhound tablets (they don't say what Wolfhound tablets were, though...). The building was torn down in 1962, and replaced with an office building during Rockville's "urban renewal" craze. According to Joanna Church of the Montgomery County Historical Society, artifacts from the drugstore can be found today in the Stonestreet Museum and Rockville Memorial Library (which has the store's soda fountain in one of its meeting rooms).

Here in this mural inside the bank is Owens Drug Store, as it looked at some point between the 1880s and 1911. 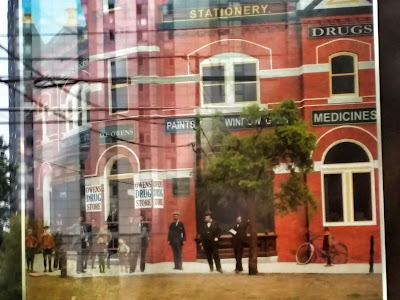 It's particularly interesting because the bank is not near the site of the former drugstore. But the bank will now be perfectly positioned if it finds itself annexed into the City of Rockville one day - the historic mural already on the wall in anticipation. 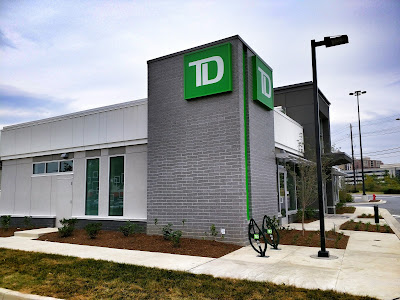 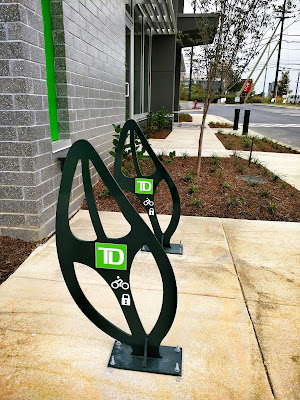 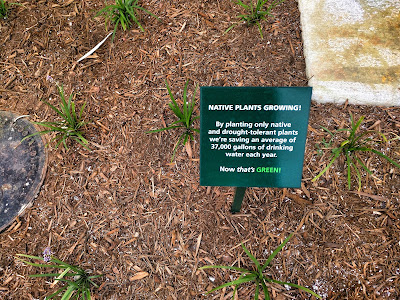 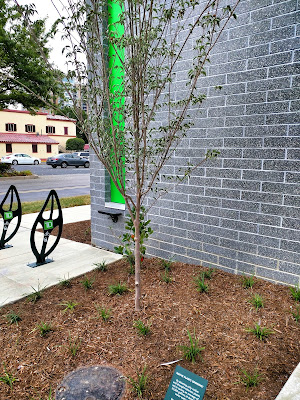 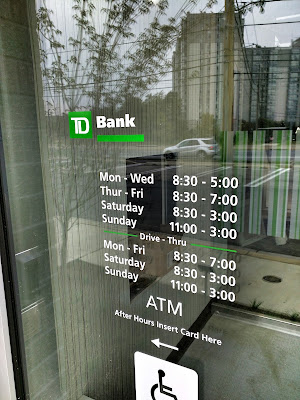 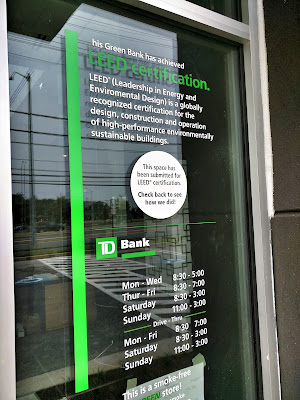 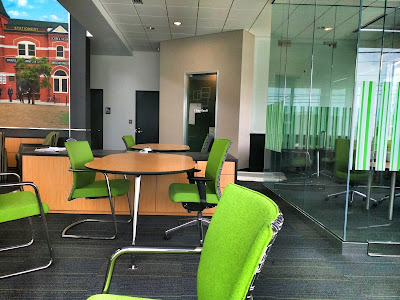 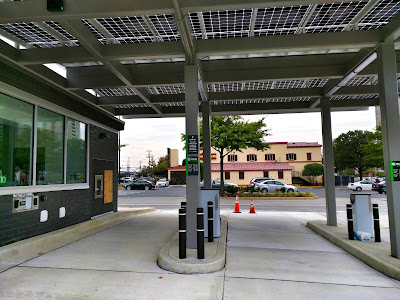 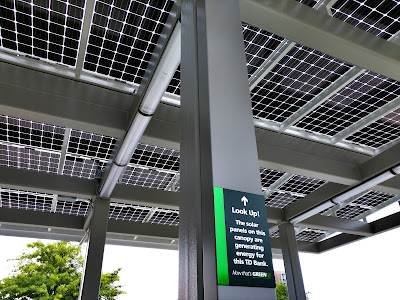 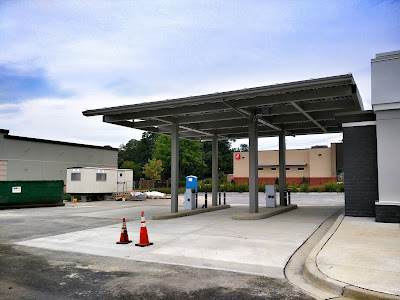