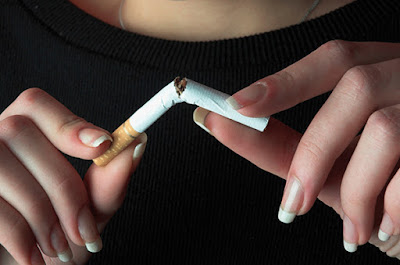 A public hearing on the bill is currently scheduled for October 23, 2018 at 1:30 PM. The Council will also have to sit as the Board of Health, and pass an accompanying regulation as that board, to legally enact the smoking ban.

The legislation is very similar to that passed by the Rockville Mayor & Council last year. Adam Zimmerman, an activist who spearheaded the Rockville effort, is also advocating for the County to pass Bill 35-18. He says the ban will improve health, while increasing business at venues non-smokers currently avoid.

Rockville's ban was opposed by some restaurant owners, such as Danny Trahan of Mellow Mushroom. Trahan closed his restaurant permanently last month - though the smoking ban wasn't the primary reason. He viewed the ban as the last straw in Montgomery County's costly and unwelcoming business climate. It will be interesting to see what restaurateurs have to say about the proposed County ban.

Residents who testified before the Mayor & Council last shared Zimmerman's view that business would improve, citing their reluctance to dine at two Rockville Town Square restaurants that allowed outdoor smoking before the ban. Because many restaurants now open their doors and windows, patrons have also complained that smoke now drifts inside from patios.
Posted by Robert Dyer at 8:00 AM