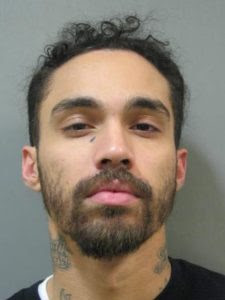 Montgomery County police have arrested and charged the suspect in a Rockville rape. An adult female victim was grabbed while walking just after midnight along Route 355 on October 3, and was pulled into the woods along West Gude Drive, where she was sexually assaulted. She managed to break free and run to a nearby office building,, where a security guard called police.

Detectives from the Special Victims Investigations Division determined Dustin Thomas Rogers, 25, was the suspect. Officers went to his home on Gaither Road in King Farm around 6:00 PM last night, and arrested him without incident.

Incidents of rape in Montgomery County are up 53% this year.
Posted by Robert Dyer at 6:29 AM