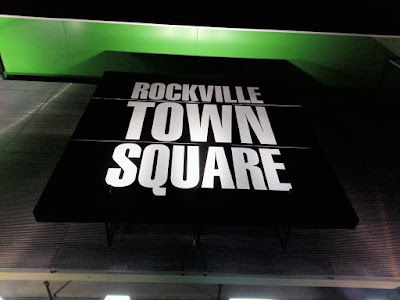 Rockville City Hall is in crisis mode after the announcement that Rockville Town Square retail anchor Dawson's Market will close at the end of this month. The bad news followed the exit of another major restaurant tenant, Mellow Mushroom, the previous week. Dawson's failure has given at least the public perception that the property is taking on water in a big way at this point - fair or not. Mayor Bridget Donnell Newton has now scheduled a public meeting on the future of the Federal Realty development, which was the keystone of the city's revitalized town center when it opened a decade ago.

In her announcement of the meeting, Newton said Dawson's Market was "an incredible community partner, and I am very sad to see them close. It came as a shock to me as well.” The meeting will be held next Tuesday, October 9, 2018 at 7:00 PM in the Buchanan Room at VisArts at Rockville Town Square.

The city has had many discussions over the years about the high turnover of tenants at the property, and a parking system that has infuriated patrons and tenants alike. With many high profile closures, including original tenant Toy Kingdom last year, action may finally have to be taken to stop the bleeding.
Posted by Robert Dyer at 7:27 AM