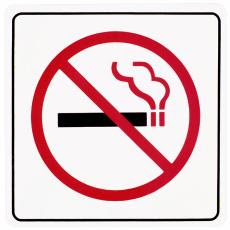 The Montgomery County Council will hear testimony on Bill 35-18 today at 1:30 PM, a new law that would forbid smoking and vaping in all outdoor dining areas in the County. A similar bill was already passed by the City of Rockville.

Some Rockville restaurateurs spoke out against the city law at the time. One reason opposition was more vocal in that case, was that the city ban did not apply to direct dining competitors outside of the city limits.

Advertisement
Rockville resident Adam Zimmerman, who spearheaded the Rockville ban effort, is also supporting the proposed County law. In an advance copy of his testimony, Zimmerman notes that restaurant revenues increased 7% in Montgomery County in the six months after the Council passed its indoor smoking ban that applied to restaurants in 2003. He says Montgomery would join 300 municipalities and 4 states which have banned smoking in outdoor dining areas.
Posted by Robert Dyer at 8:00 AM