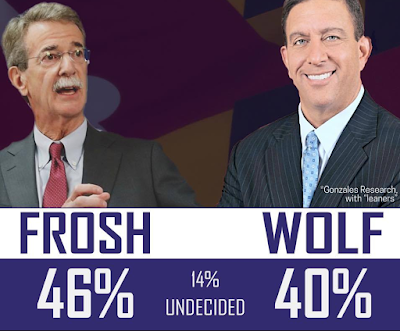 Frosh was in position to win handily just a few weeks ago, although Larry Hogan has proven it is still possible for a Republican to win statewide in Democratic-controlled Maryland. Some attributed Frosh's 23-point collapse to the public perception that he has been entirely focused on Donald Trump and Washington since 2017, instead of Maryland issues. At the same time, Frosh's Trump obsession was thought to be a winning move with Democratic voters statewide.
Posted by Robert Dyer at 10:00 AM